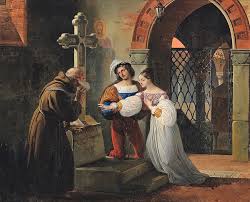 Romeo sees Juliet. She is beautiful.
She is dancing. Juliet kisses Romeo. Romeo And Juliet.
Juliet is saying “ Oh my.”
Romeo is saying” Just say you Love me. And I`ll Never be Romeo again”

Romeo is telling the priest “ We won´t.. Nothing bad can happen. If we’re to be Married, Then i would die a happy man”.
Because Juliet has married with Romeo. 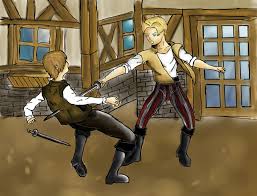 Benvolio is saying” If They catch you, You`ll be executed”Go!
Romeo goes to Juliet! He killed Tybalt! He can not stay Verona
Romeo says”Farewell! I will send my love to you whenever” I can.
Of course we will!

Juliet says” Will we ever meet again?
The priest is saying” You will be taken to the Capulet vault and laid to rest there. In the meantime. I`ll write to Romeo and tell him what is happening.
We will both be in the vault when you wake up, And he will take you away to Mantua. Are you sure you want to go through with this”
Juliet is saying” Give it to me”

The priest is saying” Is the bride ready to go to church”
Lord Capulet is saying“ Ready to go! But never to return.Oh Paris! your bride has died on the night before your wedding day”

Romeo hears, Juliet died!
He is drinking poison and saying “ It works quickly! Thus with a kiss I die! “
They are dead! The families are sad.
They are friends! 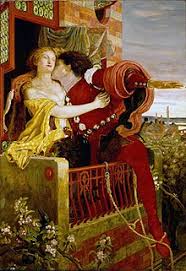